This week I was really excite by a new podcast! The Minister Of Chance which I invested in as a Kickstarter Audio drama is back digitally remastered as a podcast, the Prologue dropped this week so sign up wherever you get your podcasts or check out this link for more info or follow Dan Freeman on Twitter to keep up with the latest news.

This week I have listened to a little music and have to confess it was an 80’s playlist Spotify put together For me, I have to confess a few of those may have made there way into the playlist for the new book I am writing, mainly happy pop songs at the minute, it is interesting when it is a list someone else puts together how you find yourself listening to songs you had forgotten existed until they are in front of you so here is one…

I find it shocking now to think I could keep up dancing like that all night long lol. If you are on Spotify and want to check out my playlist at the minute it is listed as Christmas love story.. 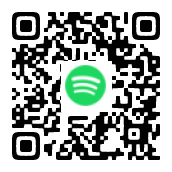 I have read a couple of books in the past two weeks I wont say too much about them now as I will be reviewing them but I have read the Filthy Trilogy by Lisa Renee Jones,, well the first two parts as I am about to read the third, I have also read Behind Closed Doors By Karen Mossman, one of these resulted in the use of several tissues, guess which one.

I have actually finally decided to give Great British Bake Off on Channel 4, I watched it religiously what it was on BBC and was not really happy to see it sold off, however, one should not hold grudges and I do like Matt Lucas and Noel Fielding, and have to say four weeks in and I have really enjoyed it so far. And we managed to get through pastry week without a soggy bottom in sight!

This is an old film, in fact it was an old favourite, however, watching it this time round I am struck that we have a love story that should have actually been a taboo, as it starts with both main characters cheating on their other halves. I know that some people will arguing that if there is nothing physical happening then it’s not cheating but I would argue if you are sneaking around behind your partners back, talking to people you wouldn’t talk to in front of them then you are cheating. I play on computer games and chat to a few people all over the world but there is not a single message that has ever been sent I have needed to hide from my boyfriend, in fact I have shown him quite a few. The thing is this carries on for quite a long way into the film, it’s not as if they just started talking and realised how bad their relationships are. Overall, it is quite a negative film, the big bad megastore does drive the little independent shop out of business, and he never really shows any actual remorse for destroying her business. There were some moments of nostalgia with the dial up modem, the clothes, and the fact you could exist without being connected to social media or be accessible 24/7.  I decided to go with this instead of the tradional trailer as it is closer to my feelings on this film now.

And that is it for this week, see you all back here next week.