I did really like this idea previously even though I didn’t! stick to it so I am going to give it another go!

If you follow me anywhere on social media you will have noticed I have been very quiet the last couple of weeks. The Truth is ,y back went last Tuesday night and y sciatic nerve has well and truly gone ping, over a week of lying down and drugged up to the eyeballs I am starting to adjust to the meds, so while I am forced to stay put I  might as well try to be productive, so here we go…

I have been listening to a few this week but the one I am point to shout out is UNobscured. I listened to this a while ago initially but enjoyed the first series on the Salam Witch trials so much I gave it another listen you can find it on Apple or here on their website, if you love history you will love this plus I really appreciated the posting of the full-length interviews after the series was finished.

I put my hands up that I have not listened to any music for a while.

I am currently reading an anthology am part of. I find it hard to blow my own trumpet but I am really proud of the two anthologies I am currently part of but I will tell your more about them during the week, for now, you can find it here… 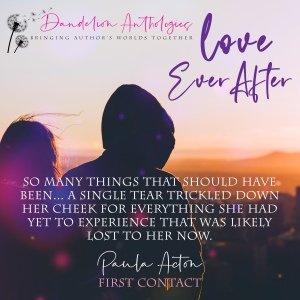 It is no secret I would rather curl up with a book or listen to podcasts rather than watch TV most of the time but this last week I have watched quite a lot, I have picked one that is linked to a podcast I also listen to The Forgotten West Memphis Three is directly linked to a season of the podcast but you don’t need to have heard it to find this fascinating, at the minute there have been two episodes, I don’t know if there are more but even if not still a good watch for true crime lovers.

The film I watched this week could have also been classed as my Netflix pick, however, I am not going to cheat Enola Holmes was a great family adventure romp, but I will say the monster, aged 12 going on 40, got bored after ten minutes, he much prefers the style of the BBC Sherlock series so this, where suddenly, the sister is the youngest (though still arguably the smartest Holmes sibling) rather than an older sibling of Sherlock disconcerted him. I actually really enjoyed it, while remaining light-hearted it also touched on issues that were brought up in the BBC verion in The Abominable Bride, fun easy watch.

For my netflix series I will go with Tattoo Fixers, it is just the ealier series on there but in my drugged up state stories like this one had my lauin in a pool of tears rather than my self-pitying ones. I only have the one tattoo, in theory I would love loads but am far too indecisive to commit to them, the artwork that goes into some of these those is amazing, especially with thing as personal as memorial portraits.

That’s it for this week fingers crossed I will keep it up and be back next week.