Years ago my daughter got me into playing Sims, it is something I play every now and again but never seem to stick to the challenges but now I have decided to set myself a new one and I will be sharing it with you. I got the idea after watching this video…

So my plan is to redevelop the lots basing the Sims on the characters in my books. It will obviously be a slow project as I don’t have a lot of time to play but I will set aside one or two hours per week to do this then share with you how it is progressing.

If you have read the books then feel free to throw in lots of feedback, the first lots will be based on the first Queen of Ages trilogy book and feature the characters from there. I will start off with two households, Celdwady and Brawd, as father and son, then  Jacantha and Trywn as a married couple.

I don’t have the cheats so it will be based on the base game and the packs we have. if any of my author friends have SIms 4 and fancy taking up this challenge or readers if you wish to create a world based on characters from your favourite books share with me on social media what you create. 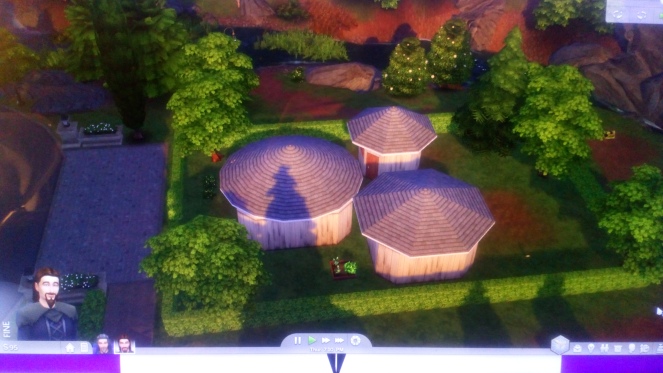 The photos are not brilliant, I must have removed the screen recording app I used before for screenshot so had to take it on my phone, I will remedy that before next week. There is a fourth hut to add as I intend having one as a kitchen-living area, one as a study, a bathroom and then finally one for the bedroom. They have both got followed the conservation path in terms of career, this fits in best with a Druidic lifestyle from the choices available. 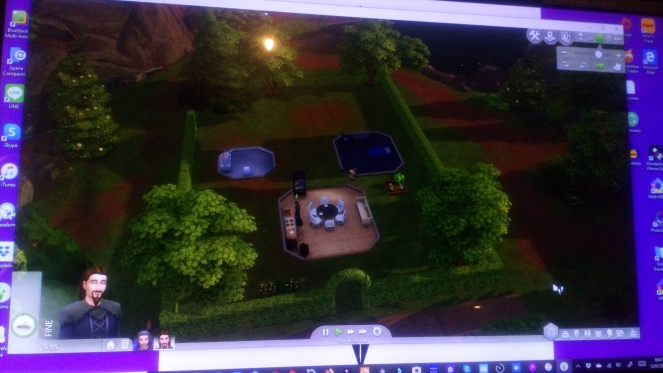 As you can see the interiors are quite sparse at the minute because you really don’t get a lot of funds to start a house from scratch on a vacant lot but I will come back and play this a couple of times to get all the basics in before I start building the next household. 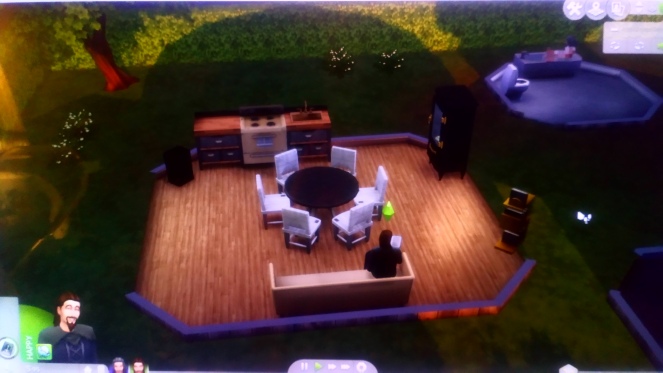 The interiors will take a little more work and moving things around but it is a work in progress, the worst thing was trying to create the actual sims themselves, although I have made Celdwady an elder no way does he look anywhere near old enough. The sim you can see in the photos is Brawd, I will do some pictures of the sims and how I set them up at a later date if anyone is interested.

I decided to set up the Queen of Ages Characters in The Magic Realm expansion pack but as I think there are only four or five lots it will mean trying to keep as many characters from each book constrained within the lots, maybe one for each book, then, one for the bad guy/guys.

Do you, or have you ever played Sims? Or any of the other games where you recreate life such as Second Life, I joined that to go to the Duran Duran Universe there and attend club night where the actual band members were online being the DJ. If you do or have let me know your experiences in comments and if you do a post showing off yours ping those links to me.

3 thoughts on “My Sims 4 Challenge – Starting up!”

This work is licensed under a Creative Commons Attribution-NonCommercial-ShareAlike 4.0 International License.
Join 3,373 other followers