I confess I picked up this book with trepidation bought it I may as well pick it up and give it a go. 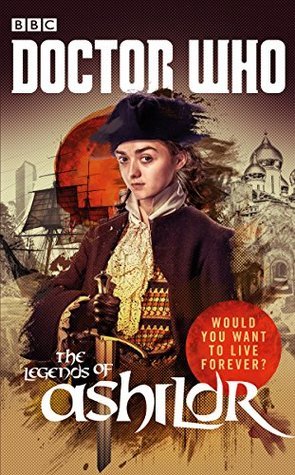 We begin as always with the Goodreads blurb…

Ashildr, a young Viking girl, died helping the Doctor and Clara to save the village she loved. And for her heroism, the Doctor used alien technology to bring her back to life. Ashildr is now immortal — The Woman Who Lived.

Since that day, Ashildr has kept journals to chronicle her extraordinary life. The Legends of Ashildr is a glimpse of some of those stories: the terrors she has faced, the battles she has won, and the treasures she has found.

These are the tales of a woman who lived longer than she should ever have lived — and lost more than she can even remember.

How I wish I could say I liked this book, like the character it had so much potential and fell short. I had hoped the book would provide a mix of stories from the lives lived by Ashildr in between her encounters with the Doctor and to be fair in some ways it does, but where it falls short is in providing a balance between the elements of her nature and does not expand our insight into the character.

In the TV series the Ashildr we encounter with the Doctor is hard and selfish, she talks of the loss and pain which bring her to this point, the stories contained in her journals, so this book had the opportunity to let us see how she become ME but instead it shows only the selfish nature previously displayed. From the very beginning of our on screen encounters we know she is rash and acts without thought for consequences, but we see from this she fails to learn from her actions, repeating the same patterns over and over again.

I had hoped in the third story where we see her in a more vulnerable light in some ways as she loses her children to the plague, we are told these are not the first children she has lost through the years but there is no real sense of anguish there, and I say this as a parent who has watched their baby fight for their life, the fact that she even contemplated leaving them behind to their fates alone makes it even harder to empathise with this character.

I get that years of loss would harden a person but in order for that to be balance we have to share their suffering and so how the change over the years, sadly I was disappointed by both the book and the character and feel that a real opportunity was missed.

So onto the score, and I have to be fair and cannot let me affection for the show influence me so it is 3 out of 5 stars, while there was nothing wrong exactly with any of the individual stories I was left feeling it is not a book I will pick up again.