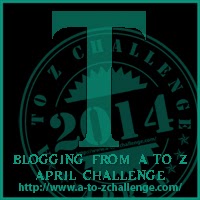 TED not the serial killer Ted Bundy, or a cuddly bear but the lecture series that I have recently become rather interested in.

I love Sci-fi but I struggled in school with the science stuff, I did okay in Biology but Physics and Chemistry were just too close to maths for my brain to take it all in, words were my passion not numbers.  It may seem strange then that I have come to enjoy watching a series of lectures which are often deeply science based, but it isn’t.

The fact is that because of the way these lectures are delivered I find I not only enjoy them but I also understand far more than I thought I would.

Last year Professor Brian Cox delivered a lecture on the mechanics of Time Travel and the science of Doctor Who and maybe that sparked the interest which led me to these but however I arrived at them I now learn about many extra things that will probably be no use what so ever in my every day life but may add an extra dimension to my writing.

I don’t like them all, that would be unrealistic but I thought today I would share one I found fascinating in both social terms and as a writer.

Have you ever watched the TED lectures and if so do you enjoy them?