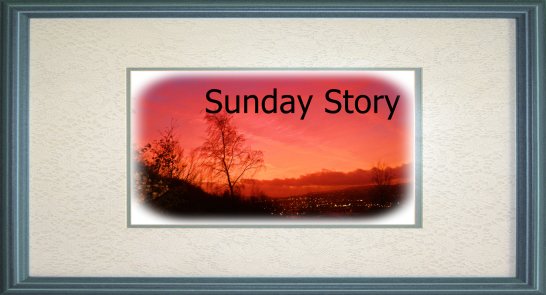 If you need to catch up…

The three walked together through an ornate arch way, the Doctor consulted a seating plan on the wall just inside the entrance then pulling the psychic paper he waved it before the face of a bemused looking usher.  The usher grasped the Doctors wrist holding it still before bursting into laughter at the blank piece of paper before him.

“Really sir did you honestly think that would work here?”

The Doctor looked round flustered and a little embarrassed before leaning in and whispering to the uniformed man,

“Look, I am trying to impress these young ladies,” he motioned towards an amused River, and confused Astrid. “I lost the actual tickets, Now you have the chance to do a random act of kindness for your fellow man…”

“No tickets no show!” The usher turned his attention from the Doctor and continued taking tickets from those who had formed a queue behind them.

Crestfallen the Doctor began to apologise to the two women,

“Shhhh give me the paper.”

“River it won’t work, he can see it isn’t really a ticket.”

“Shhh just give it to me, Why do you always have to argue with me? Just hand it over.”

The Doctor passed the slip of paper over, his bottom lip protruding slightly as he did so while trying to maintain an air of dignity and belief that River would be no less persuasive than he had been, then he noticed her slip something from her handbag, the glint of light reflected from a mirror left him in no doubr what she was doing despite her having her back to him, cheat. Knowing he was beat he had no choice but to watch as River approached the man, a manicured hand smoothing the lapels of his uniform as she leant in.

“If madam and her friends would like to take their seats the show will be beginning shortly,” the ushers smile intensified by the crimson smear he now wore.

“But how did she do that?” Astrid turned to the Doctor puzzled by the turn of events.

“Sometimes it’s just better not to ask how River does any thing, come one before he comes to his senses.”

The Doctor led the way through the double doors which opened up into a magnificent amphitheatre. Astrid audibly gasped at the sight before her, but barely had she time to come to terms with the scale of the venue than the Doctor had her by the arm pulling her down flight after flight of steps until they were only a few rows back from the front.  Spotting three seats together, they squeezed past disgruntled patrons, River apologising profusely several times as the Doctor clumsily reached his seat leaving flattened toes, bruised shins and at least one scuffed hoof in his wake.

Just as they settled into their seats the orchestra slithered into the pit, Astrid pulled on the Doctors sleeve and gave him a questioning look.

“They are Orchpusiods, distantly related to Octopuses on Earth, highly intelligent but also incredibly talented musicians, the fact each member can also play at least two instruments at once cuts down on the number needed.  Incredibly highly strung though, you don’t want to be stuck in a lift with one…”

His voice trailed off as they began tuning their instruments and he saw the look of awe cloud Astrid’s vision.  He smiled before turning to look at River, as always she was scoping out their surroundings, he wished she could relax and just enjoy the moment but he also knew she had her reasons for constantly being on edge. He tried to take in the scene as River would view it but was quickly distracted by what appeared to be the lights dimming despite being unable to visually locate any.

River took in the scene around them, there were so many races, creatures, species sat around them it was impossible to pick out and name them all, overall she could see no threat or anyone who she knew would target the Doctor but she was still uneasy.  Every sense in her body told her that something was going to happen, she glanced across at the other two, both totally oblivious, immersed in the experience.  She turned her attention to the musicians, nothing there to alarm her as they skilfully tuned their instruments, for a moment she was hypnotised by the speed and flexibility in what she could only think of as tentacles.  With a slight shake of the head she brought her focus back, now studying the blank space which would serve as a stage, nothing immediately jumped out at her, the lights dimmed and a spot light appeared illuminating the centre of the stage.  At first she could see nothing and settled back despite her protesting instincts, slowly a figure began to materialise in the beam of light, as it did so River slid to the front of her seat her hand snaking into her hand bag and taking a reassuring grip on the laser pistol concealed there.

No stable training this weekend because of work and another pony needing stable more, not going to see this lady for two days, am going to miss her and will probably end up annoying my friend with texts to check on her