Tomorrow is the anniversary of little Charlie gaining his angel wings and heading off to play amongst the stars, I decided to post today rather than tomorrow on this because it was at this time on the Friday last year I was sat writing at the computer and decided to have a break and mess about on Facebook for an hour before I had to get read for work.

A little after 2pm came a heartbreaking message from Ellie Charlie’s big sister that surrounded by his loving family Charlie had been released from the pain he had fought through for so long and was at peace.  For his family their pain was only just beginning, I cannot imagine the pain of saying goodbye, of birthday candle left unlit, an empty chair at Christmas, for Fiona, Joey and Ellie it was the first day of the rest of their lives, but they will always be days with one special person missing.  In his memory they have gone on to set up a charity Cords4Life in an attempt to ensure no other parents share their pain.  They have done his memory proud and created a Legacy which will carry on for years to come.

And what did Charlie teach me?  Never to give up, that no matter how hard things get that determination will carry you further than you ever thought possible.  That life is too short to settle for anything, that if you are not happy then you should make changes to take control of your own destiny where you can.  And that what is really important is making every day as special as it can be, you never know how many tomorrows there will be.

When children face death they do it with a dignity, resilience and spirit we adults can learn so much from, they never give up fighting to the last breath because they never learnt to quit.  If you need to see real strength of character look into the eyes of a child who has fought for their lives, those old eyes in young faces show the truths we would all do well to learn. 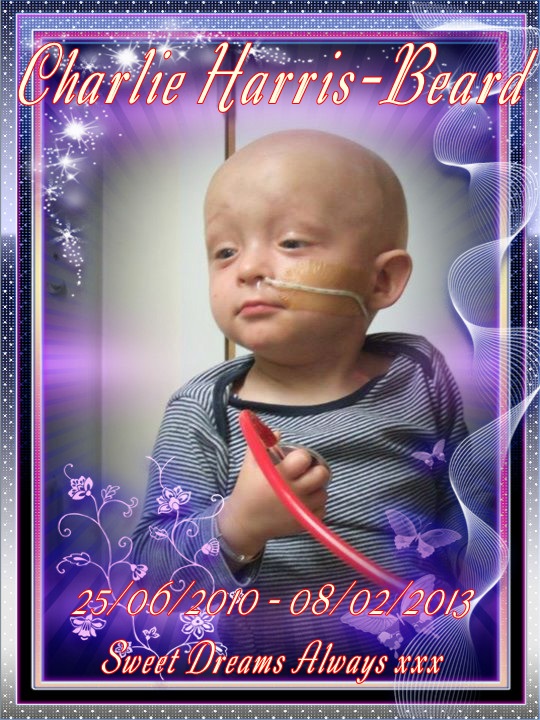 11 thoughts on “A Year Passed”