As my long term friends here know earlier this year I reviewed a book by someone I had interacted with on our respective blogs and Facebook, it was the first time I had really worried about upsetting someone with my comments.  The storyline of her book is based on biographical events so as you can imagine this is a deeply personal subject for her, but thankfully the review has actually built the respect we have for each other and I will say I have had a sneak peek at the new improved book and look forward to reading it afresh.

So without further ado let me hand you over to Estelle…. 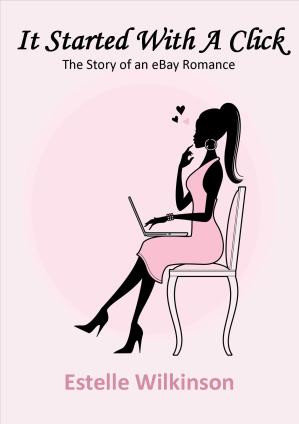 Thank you so much Paula for hosting me on my blog tour and allowing me the opportunity to reach your readers with my news.

Earlier this year I published a memoir detailing an odd encounter I had with a man I met on eBay. It happened almost ten years ago to the day and took me, very much, by surprise! When relaying the story people always said what a great book it would make. I never had the confidence to go for it and so put the idea to bed about eight or nine years ago.

Part of what had put me off all those years ago was the idea of receiving rejection after rejection from publishers. Then, I heard about self-publishing and I decided I had nothing to lose.

Unfortunately, I didn’t put much work in and expected the story to sell itself. I had no idea what was involved in writing a book and marketing it. This, I would say, was quite apparent but luckily I have learnt a lot in the past twelve months and am able to put that into practice now.

I also hadn’t prepared myself for the more negative reviews I might, and did, receive. In a positive way, these reviews have got me to where I am today though and I am now thankful for them. The major points raised were down to formatting and the ending being an anti-climax. They were very valid points! I know I’ll never please everyone but I don’t want to disappoint either.

So, I have put in a lot of effort changing the format, removing the more repetitive messages, adding in more of a narrative throughout and enhancing the final chapter enormously.

The majority of emails and messages that are still in there are the originals but I have fictionalised parts to enrich the story. You’ll definitely notice that at the end of the book if you’ve read the original version already. I have to admit, I rather enjoyed writing that final chapter this time round…

In fact, I’ve really enjoyed putting in the extra effort with the whole book and hope that comes across. So, I really do thank all those who reviewed the last version (Paula included) as without their input I would not be writing to you so positively here today. I really do appreciate hearing what people think of my book – good or bad. The feedback is really helpful and all reviews this time round will go into making book two a far better book as well! I know there will still be people that the book doesn’t suit but I’m hopeful more will enjoy it than last time.

Please look out for It Started With A Click: The Story of an eBay Romance on Kindle now. Plus, from Friday 15th November until Tuesday 19th November, the book will be free to download.

One extra thing is that anyone who followed Estelle previously will know that she was a little camera shy, so I am now hugely pleased to be able to show you how gorgeous she is in real life and provide the links for you to all go look her up and show her your support…

6 thoughts on “We Have Company, It Started With….Estelle Wilkinson”