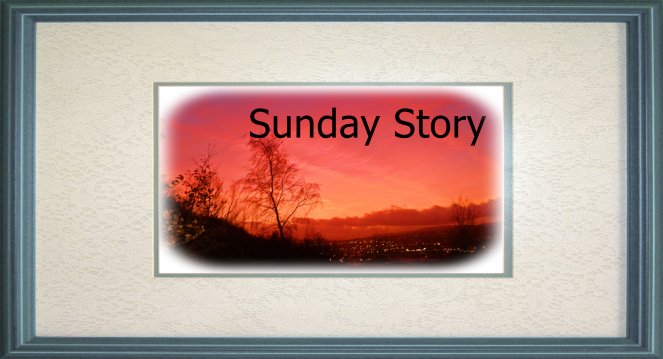 In case you need to play catch up you can find the first two parts….

Amy watched as the Doctor left the room, she had read nothing yet to really explain his strange reaction to the manuscript.  Her initial curiosity about it had not been from its content as the Doctor had supposed but from the very fact he had it, she had wondered if it had belonged to one of the other who had come before her but he avoided mentioning unless necessary.  It would always be some item she found or a question that led to a single sentence reply which was a dismissal from the subject far more than it was an answer.  She thought of the time she had emerged from the wardrobe room wearing what she had thought a rather jaunty straw hat, his face had frozen before he had walked over whisked it off her head and stood looking at it in his hand as if it were something alive.  Then with a half smile he had told her it was Romana’s and that he had never liked it declaring ‘straw hats are not cool, wear the stetson if you want to wear a hat. Stetsons are cool or a fez.’  He had thrown the hat to one side and grabbed her hand dragging her off to an adventure, she had thought no more of it at the time but when she looked for the hat later it was gone and he could not be persuaded to discuss the matter any more.

As she sat here now she wondered whether in time her name would join the ranks of the unspoken.  Was that what was hidden in these pages, another ghost from the Doctors past, who had walked these corridors before her?  She resumed reading determined now to discover what was hidden within the pages.

I looked at the strange man stood before me, there was something unusual about him, I could not hear his thoughts as I normally could but I invited him into my home and bid him welcome.  Given the lateness of the hour I arranged he should be fed and shown to one of the guest rooms.  Excusing myself I retired to my room and slept.  Little did I know how many changes the morning would bring.

It was at breakfast the next morning I had the opportunity to pay closer attention to the traveller who had arrived the previous evening.  As was normal in my home every place at the table was laid, the side tables were laden with everything any of my guest could desire for each meal and already ten or more had wandered into the room and settled at the table with laden plates.  I took my seat at the head of the table and watched as the Doctor as he had introduced himself sat at the opposite end.

Though I could not read his thoughts the others with whom he conversed provided me with a running commentary of their conversations.  I knew immediately from his line of questioning that he was not the normal traveller he claimed to be. I also knew that he viewed my existence very differently to the way I did.

As I have mentioned before I quickly realised that those who spent any extended period of time n our presence fell ill and though they recovered once they were removed from our direct vicinity there were those who never recovered fully.  It was in the early days when Marietta had more control over our flesh, she did not understand the way we drained the life from those we loved, and we did love.  Oh and how we loved, our capacity for passion and affection was limitless, and we drew them near us like moths attracted to a flame.  In those early days some like her husband were simply not strong enough us and their own life force, and yes I confess we fed upon the energy, it was like a drug that we could not live without.  After her husband passed we took lovers before we learned that by exercising restraint and that by merely surrounding ourselves with these beautiful creatures we could live without damaging their fragile lives.

The lovers tending to fade quickly, the union of the flesh draining them far quicker than simple everyday exposure and others, those more sensitive had seen something in our eyes that had led to madness.  I regretted this, I had mourned for each of those whose wings I had burnt but the look I received from the man at the far end of the table told me that my regrets would mean nothing to him.

I could no longer bear the scrutiny of his gaze and rose leaving the food on my plate untouched.  I passed through the open doors to the terrace and headed towards to rose garden.  I walked trying to compose my thoughts, to prepare myself for the confrontation that I knew was coming.

I turned a corner intending to head back towards the house and there he stood, in his strange clothes he was every bit as alien as I was, I opened my mouth to speak but my words failed me and then he spoke.

“You make it sound like I have hurt people deliberately that is not fair, I never wanted anyone to hurt for me I have done everything in my power to save them I send them away when I know they are weakening.  You know that you condemn me to death, both of us, we share this body now neither of us can live without the other?”

“I know and I am sorry but you have hurt people, you might not have intended to but just by being round you they are changed, they can never see life the same way again.  You have had your time in this body it is time to let her go, she could never have known what she was agreeing to or she never would have done it.  It’s time to end it and if you won’t end it then I will have to.

She sat staring at the words she had just read trying to imagine the Doctor she knew ever acting that way. Would he make the same choices?  She was not sure and that bothered her, part of her could not imagine him being so cold and unfeeling but then even with different feelings towards it would he not still make the same choices?  Would it be better if he at least showed remorse over the situation she was in?

She flung the manuscript down and stormed to the console room, the Doctor had disappeared beneath it once more, his bottom half protruding from underneath and it was this half of him which she addressed.

“Doctor I just want you to know I wouldn’t have liked you if I had met you before.  You were not nice, you were a bully.”

She turned to leave but just as she reached the door she heard a muttered reply “River didn’t didn’t think much of me then either.”

She waited half expecting him to continue but he remained silent

3 thoughts on “Sunday Story – From Beyond the Stars – Part Three”