Two chapters read over the last fortnight as they were quite a long ones and quite  important ones as it introduces several new and possibly important characters though time will reveal which are the ones we really need to keep an eye on.

The chapter is still relatively hard reading with overly complicated paragraphs that an editor with a Sharpie would have a field day with but as the chapter moves along it picks up pace and becomes easier to engage with simply because the subject matter is more interesting.  Simply put when writing about the complexities of human nature Radcliffe strikes a nerve that her depiction of nature misses.

The chapter sees our Heroine Emily’s removal from her family home to her Aunts home although the actual travel happened at the end of the previous chapter this is the real departure for her when she begins to become acquainted with not only her new surroundings but her new situation in fashionable company.  Her aunt Madame Cheron is determined to think the worst of her niece with accusations of inappropriate behaviour and though it may be true Emily acted imprudently receiving Valencourt alone she certainly does not merit the continued accusations in fact it begins to be suggested that she may be judging her niece by her own  imprudent standards.

It was at this point I actually began to dwell on how I thought the characters would appear as there is very little actual description of their persons.  So I decided it would be fun to google and use images from there to illustrate how I think they look, we may as well begin with our heroine…

I am afraid it isn’t very flattering at this point in the story she comes across as a little bit of a wimp, constantly crying, futile in her attempts to defend herself when unjustly accused.  At the minute she make very poor heroine material in terms of the character to which we would ascribe that label to today.

Next up Madame Cheron.. 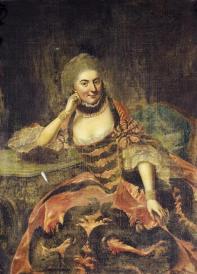 The phrase mutton dressed as lamb springs to mind as a read more of her, silly, vain and ridiculous.  She very much reminds me of Mrs Bennett in Pride & Prejudice, determined to climb the social ladder by any means necessary her nieces happiness not even a consideration only rank, wealth and position.

The next characters we meet are the two gents Monsieur Montoni and Monsieur Cavigni….

I have to be honest this is how I see the in this chapter but I already know my opinion will change later.  At the minute they seem pompous creeps, flattering Madame Cheron’s vanity.  There are rumours of her being courted by Montoni but it would appear he has not settled upon her yet or should that be her wealth and seems to be actively pursuing several options looking for the best financial incentive.  Cavigni seems to act as his friends wing man, ensuring Madame Cheron stays content while Montoni is engaged elsewhere.

Then we have the reappearance of our hero now I have chosen to pictures for Valencourt most of the time this is what we see….

rather ineffectual, moping, and as much of a wet blanket as Emily, perhaps that is why they fall in love so easily.  Of course when he appears Madame Cheron refuses his admittance he is not to be tolerated dismissed as being without wealth or connections worthy of her niece.  Them one evening at an entertainment everything changes.

The host that evening is Madame Clairval…

Madame Clairval is a widow with a taste for enjoying herself but also in giving pleasure to others and managing to do this with taste.  Madame Cheron unable to compete with the scale and quality of these entertainments seeks to ingratiate herself with the older lady, however she almost blows it all by slandering Valencourt at a dance before discovering that he is Madame Clairval’s nephew and a favourite in her company.

Suddenly he is invited to Madame Cheron’s home and as she formulates the belief he mus inherit from his Aunt she encourages a union between them.  Madame Clairval though not overly impressed by the thought of the union does nothing to prevent it, she too is under the misguided opinion of wealth to come this time that Emily will inherit from her Aunt but the twists to come would change every thing.

From the preparations for nuptial bliss to imminent separation in the space of a chapter, in this chapter certain characters begin to show their true colours.  The first thing Emily is informed of is a delay to her wedding and that Madame Cheron will utilise her wedding clothes and decorations for her own union.  Madame Cheron very quickly could be seen to take up the role of wicked stepmother… 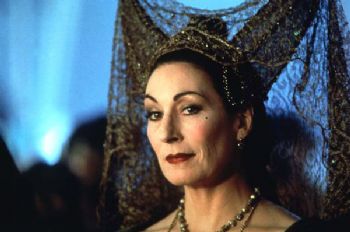 except that would imply she was the motivator when in reality she was a puppet at the hands of the real villain, Monsieur Montoni…

yes he shows his true colours as the villain we saw glimpses of earlier.  Realising that if the marriage between Emily and Valencourt took place he may lose not only influence over Madame Cheron but also the chances of him getting his hands on her wealth, determined to ensure that he profits fully from the union he breaks the engagement of the two lovers and realising that Emily will no longer inherit Madame Clairval does nothing to oppose the young couples separation.

At times we see a different side to Valencourt… 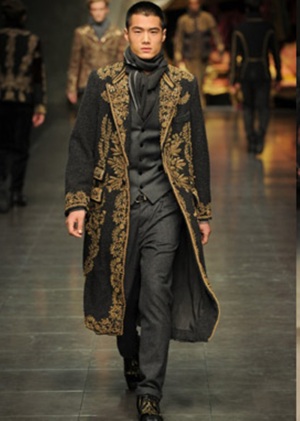 He seems he may grow a back bone and fight for his lover but at her urging he does nothing other than to mourn their separation and throw a few false accusations of his own suggesting that her refusal to run away and marry him comes from her lack of affection for him.

The chapter ends as Montoni prepares to remove his new bride and her charge to Italy, away from Valencourt and from any friends who might offer them protection.