I decided to take a break from writing fiction on Fridays and indulge my fan girl side and concentrate on my Sunday Story and writing for publication. 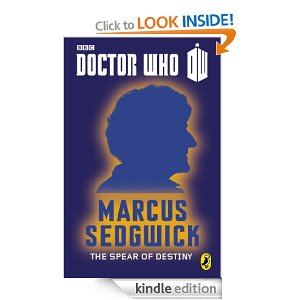 Now once again it is hard to really discuss the story without giving too much away simply because these are novellas rather than full novels but we can look at the characters involved.

The characterisation of the Doctor (played on TV by Jon Pertwee) and his companion Jo Grant (played by Katie Manning) is consistent with the TV episodes I have seen but I have to make a confession here I have not watched the Third Doctor as much as I have watched the others.  This is not because I dislike him as a Doctor but I grew up knowing the actor for the major role he played…

I have to say I have listened to a couple of episodes rather than actually watching them and I do find it easier to see him as the Doctor without him actually in front of me (strange I know) so this was a perfect way for me to enjoy a third Doctor story,  Jo Grant I love, it can appear to a casual viewer her primary role was to get into trouble and be rescued but one closer inspection you can see she if often subtly the reason for the Doctors success.

The real bonus about this book is the baddie, in the first two book from the series the alien threat was posed by less well known races but in this third story The Master makes his presence know.

It is interesting to note that I had no trouble visualising the older incarnation of The Master played by Roger Delgado rather than the more recent John Simms portrayal.  I think both actors played the roles wonderfully but I do also feel they both are tied to the Doctor’s they played opposite and I could not imagine them in each others story lines.

Overall 5 out of 5 for the third book and the third Doctor onwards now to the fourth.