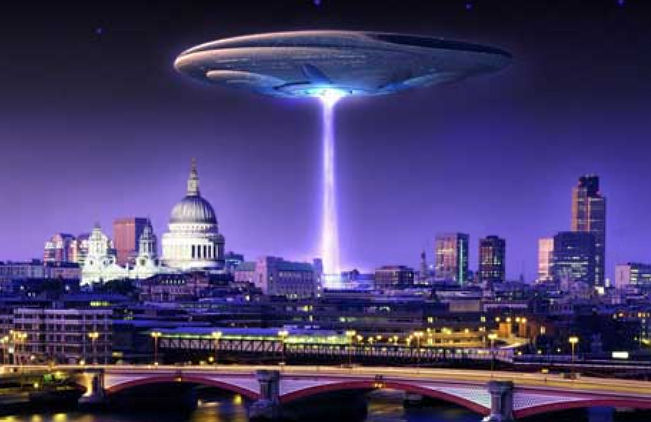 Day 19: Describe an alien invasion of Earth in 500 words or less

An interesting subject given my recent discussion of War of the Worlds but in reality I do not think we will be invaded in a military take over style I think we will welcome the invaders with open arms before learning we have acted naively.

I believe they will announce their presence with a show of stealth and power but then propose the idea they have come in peace to trade with us and advance our society.  The governments of the world will fall over themselves in a bid to ingratiate themselves with the aliens to negotiate what they think will be the best deals for their own countries.  The aliens will use this time to learn the strengths and weaknesses of each nation not only in terms of weaponry but also the mentality of each nation as a whole.  They will begin to turn nation against nation aiding them in subduing any possible uprising then once they have sown the seeds of distrust and animosity they will gradually take over power little by little until it is too late to take it back from them.

And we the mass populace will be as enthralled with them as those in power, we will eagerly snap up the products on sale created from the alien technology little knowing that the very same software would be subliminally affecting our thought processes making in subservient and docile.  We would fawn at their feet as we would celebrities then gradually without realising it we would become their slaves, and a chosen few their pets.

As time passed we would forget what freedom was, it would become a fairy tale told by the generations who had gone before, and the treatment we received at the hands of the invaders would become harsher, they would begin shipping humans back to their own planet to work as slaves, thousands dying before reaching the distant planet, bodies unable to adjust to the stasis chambers.  More would die on reaching their now home unable to handle the alien atmosphere.  And back at home we would be spun the line that the ones who had been taken were living free and in luxury and we would fall over ourselves to strive harder to please our new masters, to show ourselves worthy in the hope of selection for the unknown.

4 thoughts on “Stories and Lists July Blog Challenge 2013 – Day 19: Describe an alien invasion of Earth in 500 words or less”