Day 11: Describe your dream house in 500 words or less, what kind of house, what setting?

How do I even start well, I am going to cheat and include some pictures just to save us all a few hundred words so the exterior would look a little like this.. 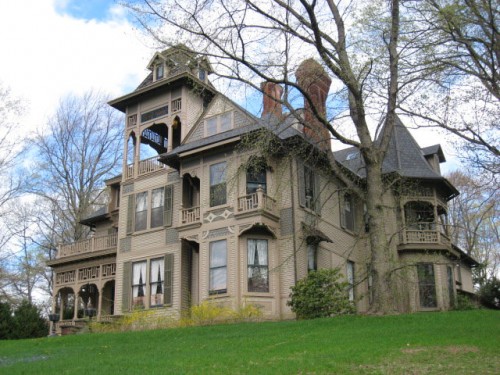 I love the idea of a Gothic Style mansion lots of rooms and secret corridors, now as we are talking dreams ie complete fantasy one side would have a sea view a little like this one…

The interior would to first glance be totally in keeping with traditional expectations of the outside with one or two exceptions,  the hallways and stairs would be wood and hung with heavy tapestried drapes.. 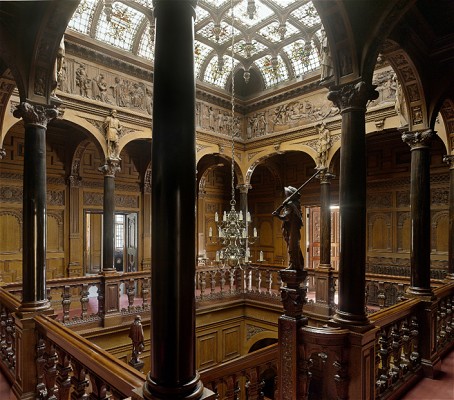 I believe I already mentioned the cabin hidden in the woods to go write in but as well as that I would have to have a huge library with an adjoining study.  Both would be floor to ceiling lined with shelves crammed with books then others over flowing onto occasional tables.  In the study a huge oak desk big enough that in theory a dozen people could sit at it and with the press of a secret button the computer screen would emerge from the top of the desk and a key board would slide out from a drawer.

The kitchen would look like an old fashioned medieval one but once again modern gadgets would be hidden behind the cupboard doors.  then in what would have been the pantry would be a breakfast room but that would be modern with a big professional coffee machine for any coffee you could possibly desire with breakfast.

Most of the rooms would be filled with beautiful antique furniture but one room would be very different, I would have a games room with a cinema style screen for watching films or playing games.  The floor in that room would be a giant matress with cushions thrown everywhere so that you could literally just lire around in comfort wherever you wanted.

I could keep going forever I know my dream house inside out but I hope that glimpse has intrigued you maybe if I win the lottery I will be able to make my dreams come true and share them with you a little more.

4 thoughts on “Stories and Lists July Blog Challenge 2013 – Day 11: Describe your dream house in 500 words or less, what kind of house, what setting?”