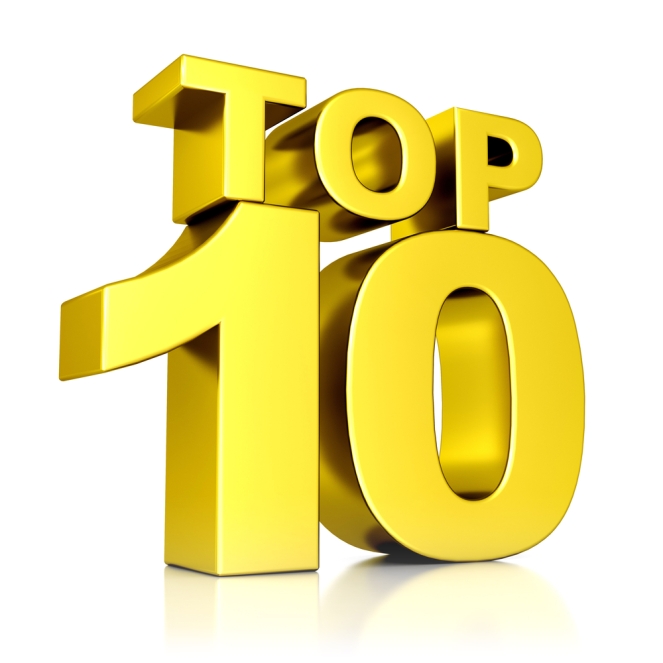 Top ten films easy yeah!!! Hell no my top tens change depending on my mood so I am bound to miss out loads I would include on any other day.  I am going to try to pick films I have watched more than any other and post a poster and clip for each one, wherever possible my favourite clip. In no particular order….

10) The Breakfast Club – 1985 Brat Pack comedy-drama film written and directed by John Hughes and starring Emilio Estevez, Anthony Michael Hall, Judd Nelson, Molly Ringwald, and Ally Sheedy. I loved this film I was of course a good girl at school and only ever had detention once and of course it was nothing like this. 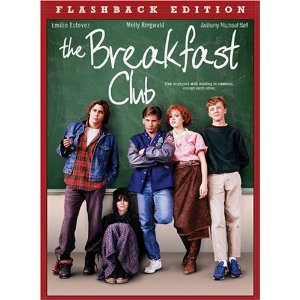 9) Another in the same vein, Pretty in Pink – 1986  romantic comedy-drama film about love and social cliques in 1980s American high schools. It is one of John Hughes’s films starring Molly Ringwald I loved the fact she was different and a little geeky not really fitting in anywhere yet found the confidence to be true to herself though I will be honest part of me wanted a happy ending for Duckie. 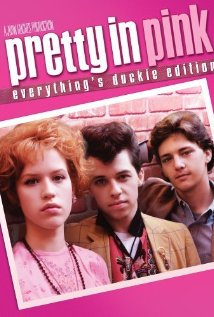 8) I grew up in 70’s was a teenager in the 80’s I really could not miss this film out the one the only Dirty Dancing – 1987 American romance film. Written by Eleanor Bergstein and directed by Emile Ardolino, the film stars Patrick Swayze and Jennifer Grey in the lead roles, as well as Cynthia Rhodes and Jerry Orbach even more poignant now given Patrick Swayze’s death from cancer a couple of years ago the hard part is choosing just one clip so once more the song decided it. 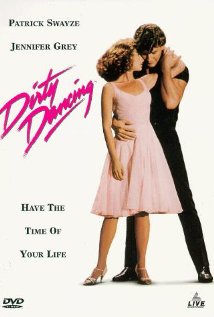 7) Yet another 80’s classic mainly because I loved dancing I still do though the body can no longer do what the mind would like to…Flashdance – 1983 American romantic drama film directed by Adrian Lyne. It was the first collaboration of producers Don Simpson and Jerry Bruckheimer and the presentation of some sequences in the style of music videos was an influence on other 1980s films, including Top Gun (1986), Simpson and Bruckheimer’s most famous production. Flashdance opened to negative reviews by professional critics, but was a surprise box office success, becoming the third highest grossing film of 1983 in the U.S.[2][3] It had a worldwide box-office gross of more than $100 million.[4] Its soundtrack spawned several hit songs, among them “Maniac” performed by Michael Sembello and the Academy Award–winning “Flashdance… What a Feeling”, performed by Irene Cara, which was written for the film. 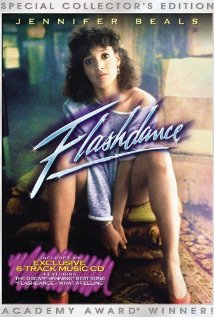 6) Barbarella – 1968 French-Italian science fiction film based on Jean-Claude Forest’s French Barbarella comics. The film stars Jane Fonda in the title role and was directed by Roger Vadim, who was Fonda’s husband at the time.

The film was not popular at its release, but it did not vanish into obscurity. Instead, it received greater attention afterward with a 1977 re-release and TV/Video runs, and was later regarded as representative of the sexploitation genre. It is regarded by some as a cult classic, and Jane Fonda’s appearance in the film has become iconic.  It may be politically incorrect but I love this film it is kitsch, quirky and provided the name for my favourite band growing up, amazing sexy costumes what’s not to love. As for the clip I picked well I guess it could be argued what a way to go lol

5) The Rocky Horror Picture Show – 1975 British musical comedy horror film based on The Rocky Horror Show, a musical stage play, book, music and lyrics by Richard O’Brien. Directed by Jim Sharman from a screenplay by Sharman and O’Brien, the production is a humorous tribute to the science fiction and horror B movies of the late 1940s through early 1970s. It introduces Tim Curry and features Susan Sarandon and Barry Bostwick along with cast members from the original Kings Road production presented at the Royal Court Theatre, London, in 1973. I cannot imagine there is anyone n the planet who has not seen this film at least once but I understand younger audiences may not have seen it yet (I traumatised my daughter by showing her Tim Curry in this when she was watching him be serious in something else lol) I don’t think it needs explaining why its so wonderful but if you are in doubt the clip will remind you. 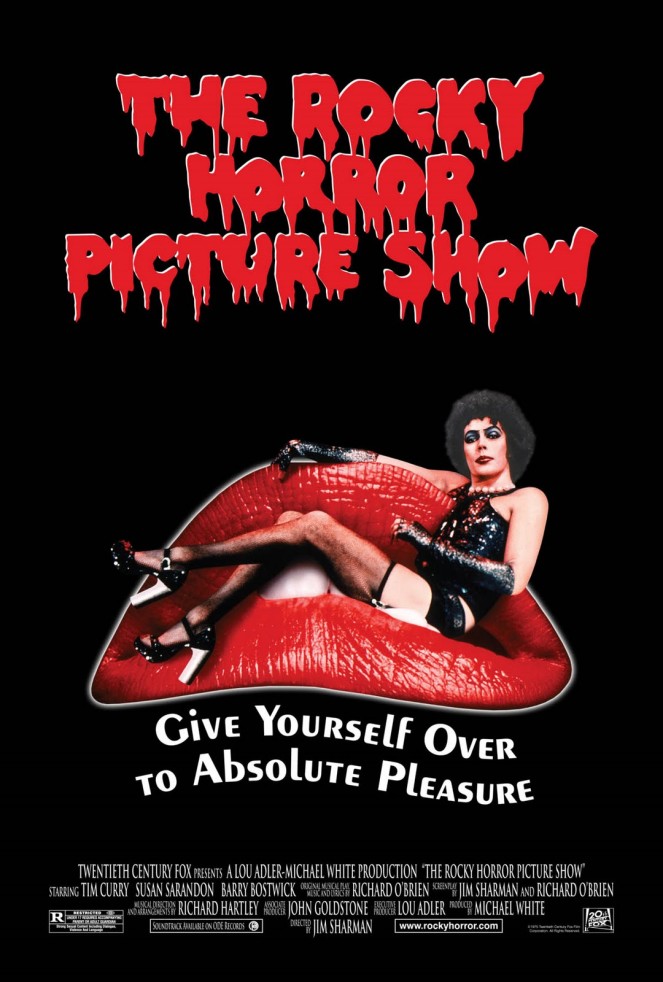 4) Silence of the Lambs – a 1991 American thriller film that blends elements of the crime and horror genres. It was directed by Jonathan Demme and stars Jodie Foster, Anthony Hopkins, Ted Levine, and Scott Glenn. It is based on Thomas Harris’ 1988 novel of the same name, his second to feature Hannibal Lecter, a brilliant psychiatrist and cannibalistic serial killer.  Slightly different from the other films once again but I felt I needed to give a more balanced view of my likes have picked the end scene from this just because I love the way it leaves it open for the sequel but don’t get me started on what they did to that. 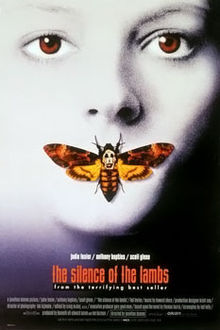 3) Moulin Rouge – 2001 Australian-American romantic pastiche-jukebox musical film directed, produced, and co-written by Baz Luhrmann. It tells the story of a young English poet/writer, Christian (Ewan McGregor), who falls in love with the terminally-ill star of the Moulin Rouge, cabaret actress and courtesan Satine (Nicole Kidman). It uses the musical setting of the Montmartre Quarter of Paris, France. At the 74th Academy Awards, the film was nominated for eight Oscars, including Best Picture and Best Actress for Nicole Kidman, winning two: for Best Art Direction and Best Costume Design.  A film that I not only love but have in common with my daughter as favourite films I decided to choose a song clip as it sums up the energy and spirit of the whole film so well. 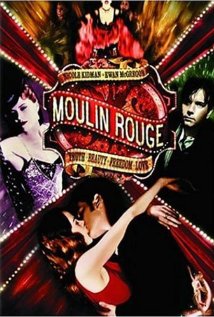 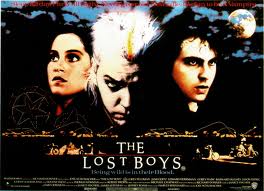 Breakfast at Tiffany’s – 1961 American romantic comedy film starring Audrey Hepburn and George Peppard, and featuring Patricia Neal, Buddy Ebsen, Martin Balsam, and Mickey Rooney.  What do I need to say about this film Audrey is the epitome of elegance and beauty and the story is one that is heartbreaking so determined to break away from her past she is willing to sacrifice love for financial stability but only finds disappointment.  Her actual occupation should you wish to call it that has been questioned it she simply a social climber or does she trade physical affection of money either way it does not matter as Hepburn plays the character with such fragility and sensitivity.  I just love it and always will. 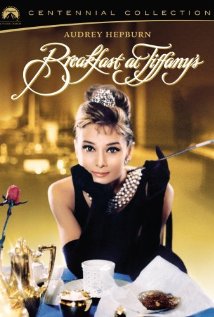