Okay it would be really easy for me to just give this full marks based on the grounds that the guy is a god but I won’t.  I shall be good and review it the same way I would any other book so here goes. 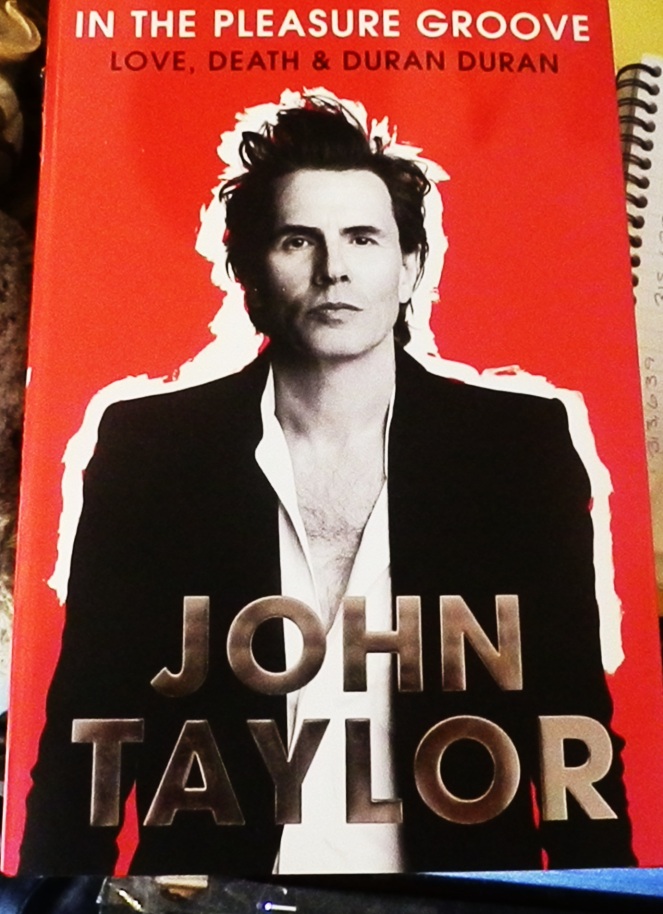 First lety me say that if anyone picks this up looking for juicy gossip about Duran Duran or the 80’s pop scene they will be sadly disappointed.  In The Pleasure Groove tells the story of Duran Duran’s creation and early days, the struggle to cope with the pressure that becoming an overnight success and pop pin up creates.  It has been well documented that John Taylor had demons to overcome and he talks very frankly about what he believes caused his spiral into addiction as well as the steps he has taken to recovery.  Before I really get stuck in here is a clip of the man himself reading from his book.

Okay time to dissect a little further, the first part of this book is amazing, you really get a feel for the boy who didn’t quite fit in who grew up to be a star.  The book deals with the meteoric rise to fame brilliantly and while giving you a feel for the lifestyle he does not glamorise it nor does he divulge the intimate details of those who succumbed to his charms.  All sounds great I hear you say but I know you are all waiting for the but and sadly there is one.  John Taylor has had a career spanning over thirty years, who honestly believed that it could all be crammed into one book?  My only hope is that the speed which this book spans over the last two decades is an indication that a sequel will be forth coming.  While I fully respect the fact that he wishes to respect his personal relationships, his discussion of his marriages is minimal to say the least.  I have been a Duranie for thirty years and remember the outpourings of bitterness towards his first wife, while I do not expect him to discuss what happened between them it would have been interesting to know how he felt about that, how he felt about the way she and their relationship was portrayed in the media.  The reason for not discussing this may be due to his addiction which was heading to its height around that time but from that point on the book feels rushed and as if he just wants to get it over with.  Descriptions of the latest phase in Duran’s amazing career are fleeting compared to those of the early days, one hopes that he still feels the same excitement and is planning to explore this Renaissance in their careers more fully at a later date.

If I could give this a mark based on the first half it would merit 5 out of 5 but if I am being impartial the second half spoils it and if it were written by anyone else I would give it 3.5 out of 5