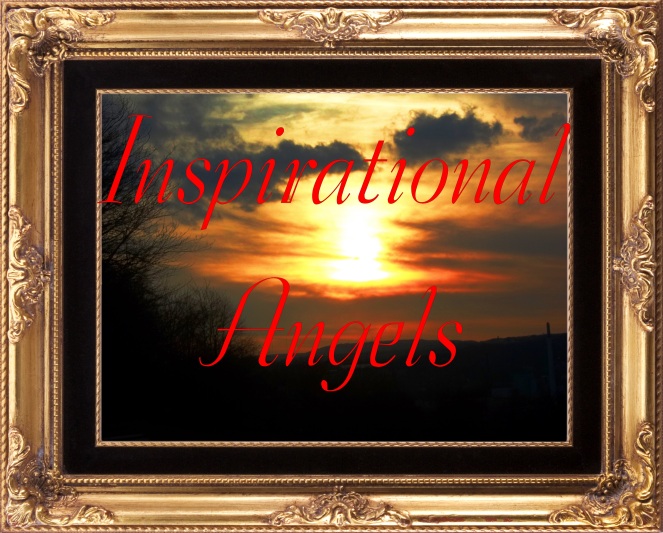 Some Angels are only loaned to us for such a short time – I wrote this recently on someone’s blog (they know who they are) but it really is true some Angels are destined to spend only a short time on Earth others to remain and walk amongst us and some inspire others to be transformed.  As I have helped trying to promote Charlie’s Cause I have been amazed by some of the amazingly strong and compassionate people I have come in contact with.  There are events in life which if the strike will either make you or break you these people have stood up to adversity looked it firmly in the face and fought not only for themselves but for others, when most would curl up in self pity they have reached out to help others, they are each and every one of them truly inspirational and over the next few weeks I would like to introduce you to just a few of them.

I am personally really proud to introduce Claire Halliwell to you, as most of you are aware I have followed Charlie’s journey from the start because of my friendship online with his Great Uncle but since Charlie’s passing #CharliesArmy has grown unbelievably and standing proud at the front has been a remarkable lady who I am now proud to call a friend. so Claire I would like you to meet my readers and readers I would like to introduce you to Claire…

1) Claire you have become the spokesperson for the family in some ways while they deal with coming to terms with the tragic loss of Charlie, how did you get involved in with Charlie’s journey?

I read about Charlie’s story in the national news papers. I wanted to help but wasn’t sure how to contact the family. Then I came across Charlie on Facebook just as the Aurora Kinase trial failed and I knew I had to do something to help.

2) You have designed the website for Charlie’s family what is your hope it can achieve?

I hope that people in the same position as Charlie’s family can find solace in the fact that other people are going through the same thing and are fighting for their loved ones too. I hope that families can turn to the website’s resources page when doctors have exhausted all available treatments to help them find orphan drugs, experimental drugs, clinics over seas and clinical trials.

3) You are also behind the petition, though I know a few asked about one, you were the one who stepped forward and took responsibility for organising it can you tell anyone who has not heard about it (though how they missed it I have no idea lol) what the petition aims to do.

During his treatment for Acute Myeloic Leukaemia, Charlie received the blood from an umbilical cord from a lady in the USA. The UK stocks of cord blood arevery low. It is upsetting that a country which is pioneering in so many areas is so slow on the uptake of storing cord blood. Cord blood can be used to treat many many illnesses and is being researched to help with many more. Those illnesses include: Parkinson’s, Alzheimer’s, Leukaemia, Lymphoma, Myeloma,Aplastic Anemia, Neuroblastoma, Children’s Cancer, Diabetes, Multiple Sclerosis, Stroke, Cerebral Palsy. Just think how many people are affected by these illnesses, not just those with them but their carers and their family and friends who are all indirectly affected. The petition aims to increase awareness amongst pregnant women so they can make an informed decision about ubc (umbilical cord blood) donation, something usually thrown away as hazardous waste which can save the life of another. Not only does the petition aim to increase awareness amongst pregnant women but it also aims for every major hospital to have the facilities to store ubc on a temporary basis while it can be transferred to a regional centre. If the UK had good stocks of ubc then those who need it could save valuable time for those who need to receive it who are often in the most vulnarable of positions and can not afford the loss of time in order to receive treatment.

4) You have also helped organise the twitter campaign #CharliesArmy #CharliesCause to promote the petition and as part of that I know we have had had some successes and some celebs we have gone right off naming no names lol but if you could have a dream celeb to get on board with this campaign who would it be?

Ooooh that’s a hard one. There are so many influential people out there. Personally, I would like someone who felt passionately about what we are trying to achieve. Gary Lineker’s son had leukaemia as a baby but then there are lots of celebrity mum’s who feel equally as passionate. Linda Robson has tweeted our petition and has said she is on the Anthony Nolan register, causes like this are close to her heart. It would be wonderful if she would like to promote the petition with us. I think if you are passionate about something people can feel it and want to get involved so my dream celeb would be the celebrity who really believes in what we are trying to do. If any celebrities would like to get involved they can contact us on twitter at @CordsforLife

5) Is there anything else you would like my readers to know?

Charlie has been the inspiration for this petition, his family have created a cause, which is pending registered charity status, called Cords4Life UK. I want people to know that the cause is there and does a wonderful job of creating awareness.
I also want people to know these facts about cord blood donation taken from Anthony Nolan:
It’s a risk free procedure that does not interfere with the delivery of your baby in any way
On average, every year 1 in 100 cord units will be used for transplantation compared to 1 in 1000 registered adult donors
80% of transplant requests would be met if the UK saved just 50,000 cord blood units. In the UK alone last year, 65,000 litres of cord blood were thrown away!
Up to 70% of people who need bone marrow transplants will not find a match. Banking stem cells improves those odds.

Thanks for the interview and the opportunity to spread awareness!